Neighbors in Lakewood are worried that an arsonist or arsonists are at work with three suspicious fires April 7 and 8. Investigators believe these were human caused, whether intentional or accidental. "Flames were shooting out all of the windows," said neighbor Shirley Farkas of the first fire. "You heard the windows pop." West Pierce fire crews didn't know it yet, but this was going to be a busy weekend. One was a fire at a boarded-up house in the Woodbrook area next to Joint Base Lewis-McChord on Saturday night. Then on Sunday night another abandoned house was on fire. This time in Tillicum. And while fighting that fire crews had to rush to another fire just 30 minutes later four blocks away. It was an abandoned apartment complex. 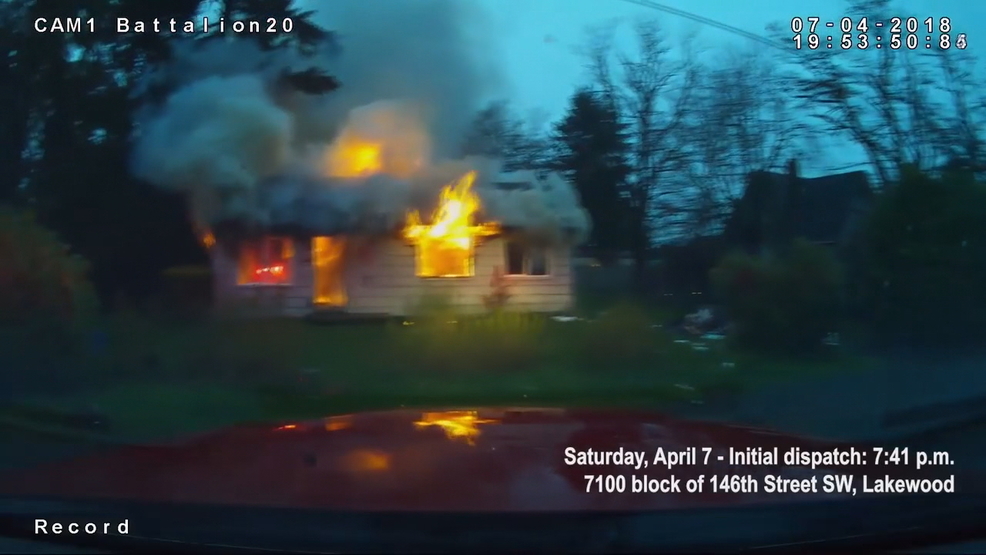