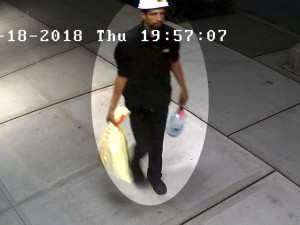 About fifty people were worshiping inside a Seattle church when someone threw Molotov cocktails at it starting a small fire, the Seattle Fire Department said. Witnesses began calling 911 just after 8 p.m. Thursday to report a fire outside the Iglesia ni Cristo Church at 7100 42nd Avenue South. By the time the Seattle Fire Department arrived the fire had already been extinguished. Seattle Fire spokesman Kristin Tinsley said the fire was started by several Molotov cocktail devices. Fire investigators spoke with witnesses who said a person had thrown lit bottles of an unknown liquid at the building. The church was in session at the time, but no injuries have been reported, Tinsley said. The bottles caused minor damage to the exterior of the church and some vehicles outside may have been damaged.   https://q13fox.com/2018/10/18/molotov-cocktails-thrown-at-seattle-church-50-people-inside-fire-department-says/